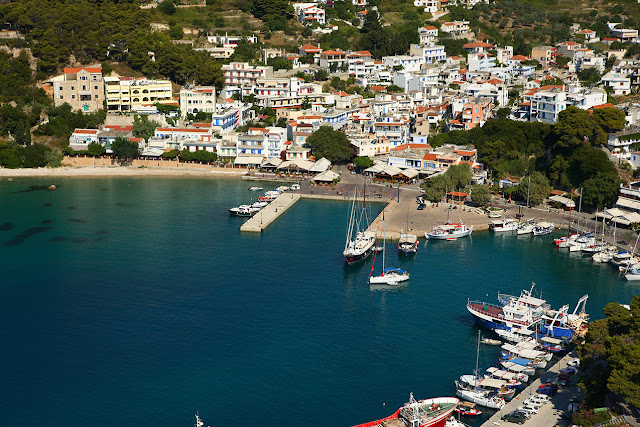 Alónissos was one of the first Islands of the Aegean to be inhabited, as indicated by Neolithic settlement remnants found at the Cape of Kokkinókastro (meaning “Red Castle”). On Yioúra Island human presence was first detected in the 9th century BC, according to findings at Cyclop’s cave. 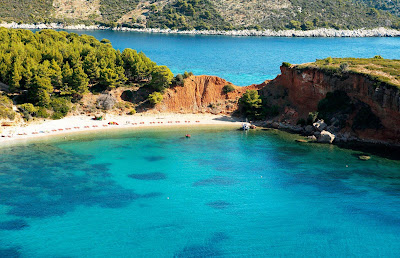 Situated at the crossroads of major sea routes, it was from here that Argo, the ship on which Jason and the Argonauts sailed to Kolhida to retrieve the Golden Fleece and the ships of Achaeans sailed to Troy. Numerous shipwrecks of classic and Byzantine times lying on the sea bottom confirm the naval power of the island through the years. Travellers, like Buodelmondio back in 1420 had noted that the inhabitants were so experienced sailors that they used to guide their ships with the help of various signs.

Upon reaching the island you will encounter Patitíri, the picturesque harbour and capital of the island with the beautiful stone paved waterfront that took its name from the wine presses used by the locals, who were mainly occupied with wine making.Hóra (Old Village) is the old capital of the island. A medieval castle offering sweeping views to the sea, stone houses with picture-perfect courtyards, narrow paved streets, threshing floors and anumber of churches encapsulates the essence of a typical Greek island settlement. A path from Hóra leads to the church of Áyioi Anárgyroi, where you can enjoy a lovely walk in the dense pine forest.

At Miliá, in a green idyllic location, you will find the International Academy of Homeopathy, which still keeps alive the deep-rooted tradition of folk medicine that cherished thanks to the miraculous herbs growing on the island. Sea lovers will also find on Alónissos beautiful beaches with crystal-clear waters (Meyálos Mourtiás, Stení Vála, Miliá, Chrisí Miliá, Marpoúnta) will offer you unforgettable moments of peace and serenity.

Spend a day on a boat trip to explore the uninhabited islet around the National Park speckling the Aegean to the east:

• Yioúra has a neolithically inhabited stalactite cave that sheltered Homer’s Cyclops; a rare species of wild goat breeds there. According to findings it’s being inhabited since Mesolithic Era (9th-7th century BC).

• Kyrá-Panayiá (or Pelayoníssi) belongs to Meyistis Lavras Monastery on Mount Athos. It used to be the site of ancient Alónissos. Here there is also a 12th century monastery, one of the biggest natural harbours of the Mediterranean Sea, Planitis bay, a well-preserved flour mill and a restored olive/wine press.

• Pipéri forms the core zone of the National Park where the Mediterranean seals and the seabirds nestle. Access by boat is prohibited.

• Psathoúra, a volcanic island dominated by its lighthouse, the tallest in the Aegean, constructed by Frenchmen in the 19th century and the ruins of an ancient city on its sea bottom. 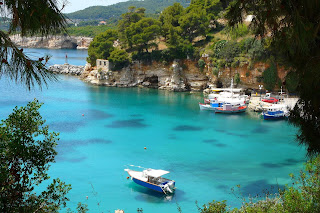 Enjoy the laid-back atmosphere of this serene island and mingle with the locals, who preserve with passion their customs and traditions. Throughout the summer, participate in all the festivities on offer, such as the traditional wedding on 15th August, or the re-enactment of thrashing in July. Savour pure, local specialties: cheese pie, grilled figs with honey, kakaviá (fish soup) and walnut pie.

And don’t forget to buy some “fouskákia” (traditional donuts), “hamaliá” (triangle shaped sweets with delicious staffing sprinkled with castor sugar) and mouth watering almond delicatessen, the so-called “amigdalotá” to offer to your beloved ones back home! 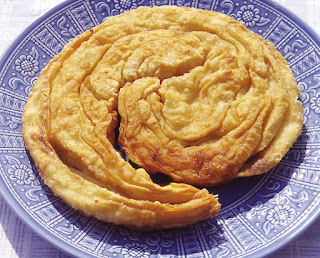 • From Athens or any major Greek city you can travel by bus or car to Vólos, which is daily connected to Alónissos by ferry or hydrofoil.

• From Alónissos you can also travel by ferry or hydrofoil to the islands of Skiáthos and Skópelos. 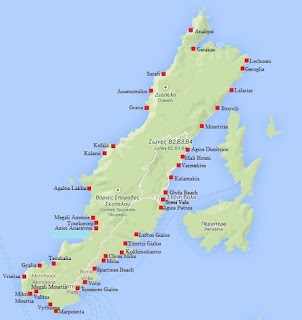