The Cyclades comprise about 220 islands, the major ones being Amorgos, Anafi, Andros, Antiparos, Delos, Ios, Kea, Kimolos, Kythnos, Milos, Mykonos, Naxos, Paros, Folegandros, Serifos, Sifnos, Sikinos, Syros, Tinos, and Thira or Santoríni. There are also many minor islands including Donousa, Eschati, Gyaros, Irakleia, Koufonisia, Makronisosand Schoinousa. The name "Cyclades" refers to the islands forming a circle ("circular islands") around the sacred island of Delos. Most of the smaller islands are uninhabited. 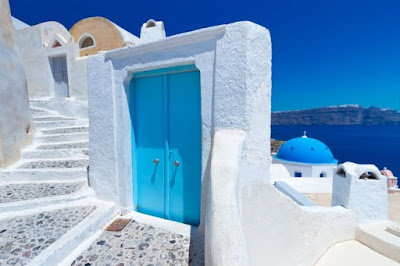 Ermoupoli on Syros is the chief town and administrative center of the former prefecture.

The islands are peaks of a submerged mountainous terrain, with the exception of two volcanic islands, Milos and Santorini. The climate is generally dry and mild, but with the exception of Naxos the soil is not very fertile; agricultural produce includes wine, fruit, wheat, olive oil, and tobacco. Cooler temperatures are in higher elevations and mainly do not receive wintry weather. 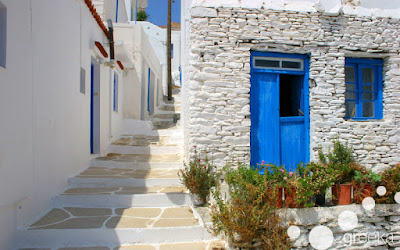 The typical Cyclades architecture is what have made this island group so famous around the world. The sugar houses with flowered gardens, the white walls, the blue-domed churches and the paved paths create a fantastic fairyland to walk around and admire beauty in simplicity. 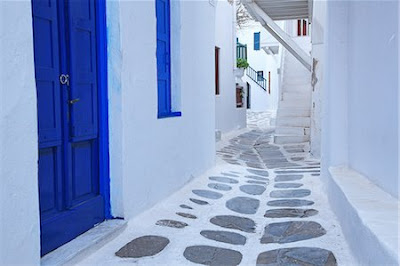 Why white and blue?

Houses in Cyclades islands have been built with plain constructive elements in order to cover the main daily needs, but they are considered wonderful works in terms of aesthetics. As piracy was a very important problem for the Aegean islands in the Medieval era, architecture had an evident defensive style. Houses were surrounded by strong castle walls, while villages were built in high altitude away from the sea, so that they could timely spot pirate invasions. 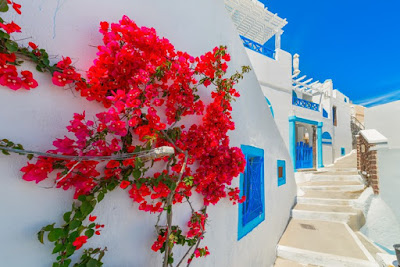 Surprisingly it was a Greek prime minister, Ioannis Metaxas, who ordered (1936) to paint the Cyclades islands in white and blue colours to symbolize the white wave foams of the Aegean Sea and the blue of the Greek sky. However, the white color of the walls also serves a more natural need, because the white colors reduce the sun absorption during summer months. 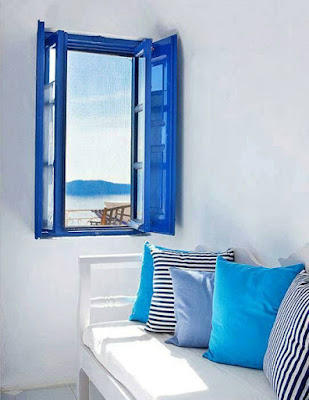