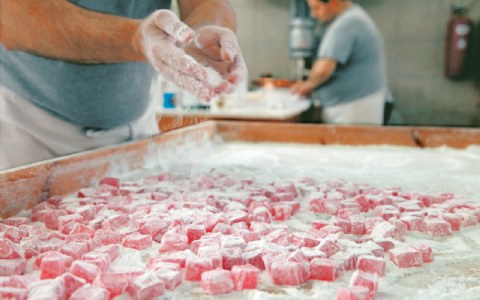 Syros, with 20,000 inhabitants, has the largest population of all the Cyclades islands. It covers an area of 84 square kilometers.

The island’s capital is Ermoupolis, which is also the administrative seat of the Cyclades and home to a range of public services such as courts, fire department, chamber of commerce, customs, tax service, and regional subdivisions of the state agriculture, forestry, education, fishing, and commerce departments.

Ermoupolis covers an area of nearly 1,000 acres and has a population of 13,000; its area include the Manna district.

The vibrant town of Ano Syros has a total population of 1,700 that’s engaged primarily in trade, agriculture, stockbreeding, bee-keeping, tourism, and the merchant marine.

The main villages of the island are Galissas, Chroussa, Poseidonia, Vari and Foinikas. Poseidonia is marked by stately mansions built in the 19th century as the summer homes of the rich merchants who comprised Greece’s first urban class.

In Syros Island, the heart of the Cyclades group of islands, taste the famous Syros Loukoumi. Loving and respecting his legacy, Syros gets inspiration from the long history of loukoumi and experiments with flavours. Thus, marrying the loukoumi delight with chocolate, with honey and almonds, with cinnamon, mandarin orange, bergamot orange, ouzo, banana, fig and so many others, we proudly present more than 25 different tasteful experiences. Blending pure ingredients with traditional recipes and modern open mind we make halva, we create nougats with fresh roasted almonds, pasteli (sesame bars) with local thyme honey, mastic pies with mastic.